The new James Bond flick, No Time to Die, may be getting delayed by a few months to avoid coronavirus problems, but that’s not going to stop the marketing hype around it. Nokia is leaning heavily into this film, both to promote some of its existing phones and to show off some new things, which […]

Come comment on this article: Nokia will show off its first 5G phone in a new James Bond commercial

Microsoft’s wearable resurgence will begin with a commercial smartwatch

Microsoft’s return to the world of wearables won’t be a fitness tracker, but a smart wearable aimed at commercial users. The TrekStore-made device will offer advanced features for healthcare and manufacturing industries.

The post Microsoft’s wearable resurgence will begin with a commercial smartwatch appeared first on Digital Trends.

Samsung is very close to unveiling the Galaxy S7 to the world. To really draw attention to it, they have been releasing short ads called “Seven Days of Unboxing”. The first features a child, the second had a lama, the third had an ice sculpture, and now we have a metal artist.

Like the others, this commercial has a person (or creature) go into a room, presumably look at the S7, and then give their view of it using their talents. In this one, a lady goes into the room, sees the S7, comes out and builds the sculpture seen in the picture above. What does this have to do with the S7? Who knows, but I would assume it represents metal construction.

Come comment on this article: Samsung has a new Galaxy S7 commercial featuring a metal artist

T-Mobile is giving football fans (or just fans of Super Bowl commercials) a preview of the commercial they’ll air during Super Bowl 50 next weekend.

The teaser, released on YouTube Jan. 29, shows a soundstage and a cast of characters, including Super Bowl commercial regulars the Budweiser clydesdales, preparing to start shooting, with the voice of a director and production assistants trying to get everyone in place.

But none of those characters will appear in T-Mobile’s commercial. Instead, the commercial says, “they will be magenta and the [other] carriers will hate it.” 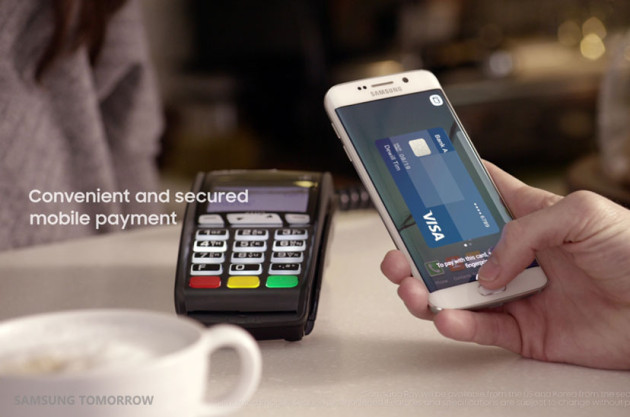 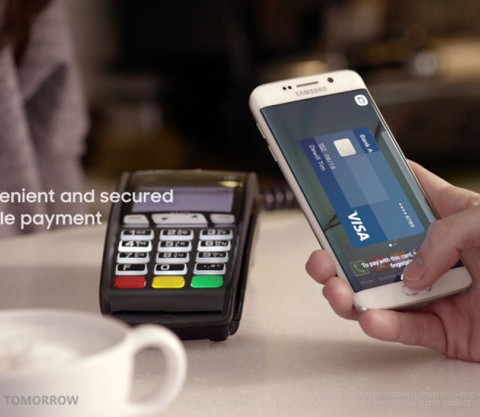 There are many different mobile pay options out there, but Samsung Pay stands out above the rest. The reason for this is it can be accepted anywhere, and retailers don’t need any special machines for it to work.

In the latest commercial from Samsung they hired comedian Hannibal Buress to show you just how easy it is to actually use Samsung Pay. The commercial is basically Buress walking into Katz’s Deli in New York and ordering some food. When he goes to pay they tell him that they can’t do mobile payments and everyone is impressed when Samsung Pay works.

Normally I’d say a commercial like this is a little simplistic, but there is literally nothing else to say. Walk into a store and pay for items just like you would using a regular credit card. The only problem is Samsung is taking forever to roll out Samsung Pay worldwide and I can’t try it yet.