Luxury watchmaker Tag Heuer has just announced a smaller, slightly cheaper version of their Connected Modular 45 smartwatch from Q1 2017, the Connected Modular 41. Both watches are modular in design, meaning you can choose from different lugs, bezel designs, straps and so on, but you can’t add functionality like a Moto Mod. The new […]

Tag Heuer’s luxury world of Swiss watches and the high-tech smarts of Intel have come together in the new Connected Modular 45 smartwatch, and you better believe the hype; this is a real Swiss smartwatch through and through.

Baselworld 2017 is nearly here, and we’re expecting to see a ton of great new smartwatches from the likes of Tag Heuer, Movado, and more. Here’s everything we expect to see at the annual watch and jewelry trade show.

Tag Heuer has set a launch date for its next smartwatch — March 14. The watch will launch during a live-stream, and is expected to be one of the first to ship with Android Wear 2.0. 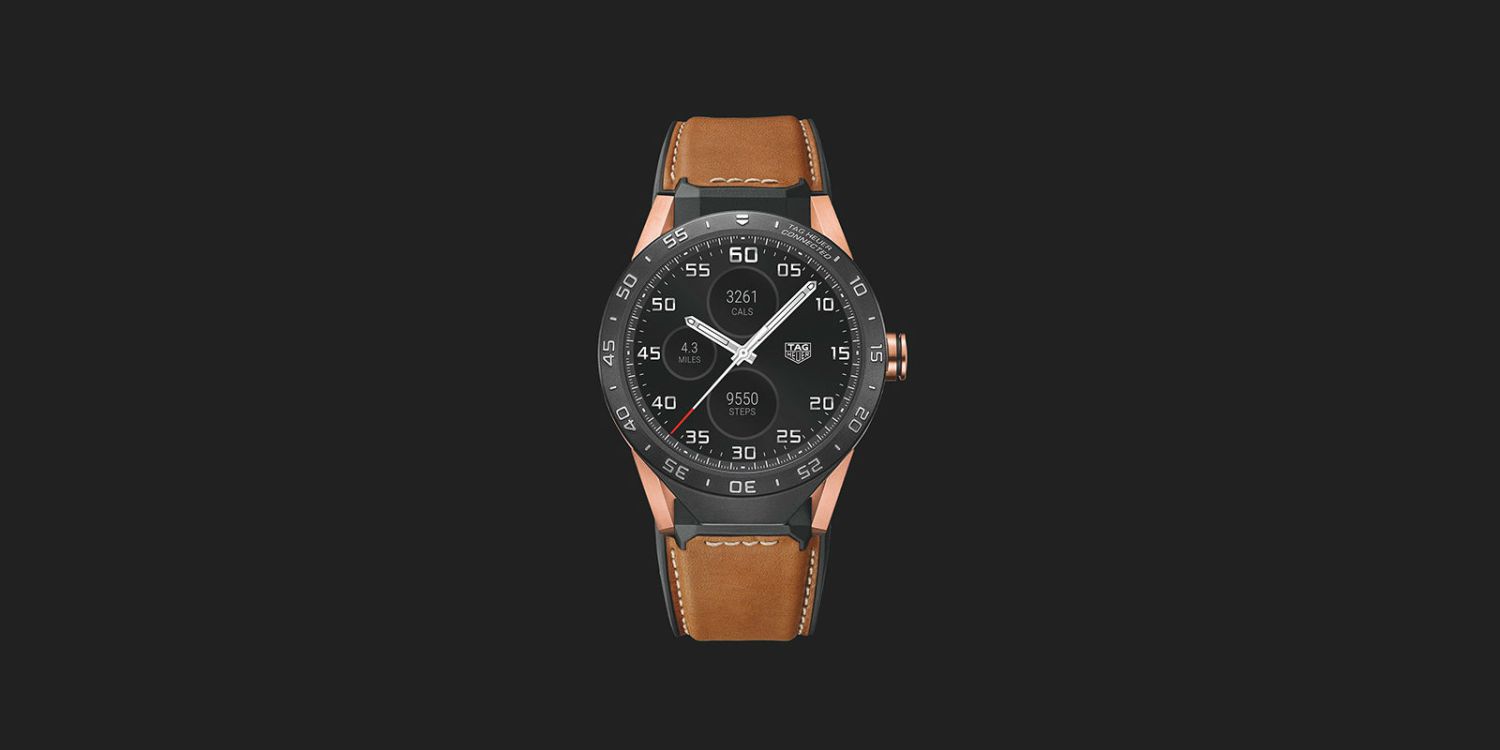 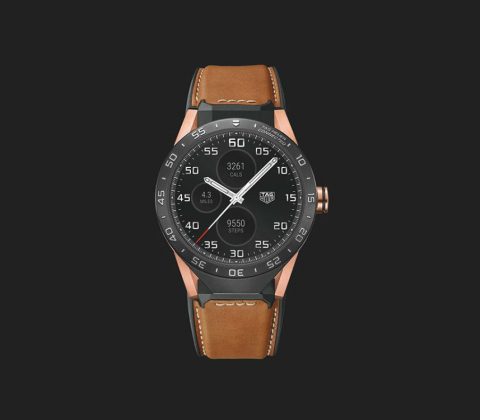 What do you do when you've got an empty wrist and almost $ 10,000 burning a hole in your pocket? Buy a rose gold smartwatch from Tag Heuer. To match your phone, private jet, toothbrush and crippling sense of loneliness brought upon by spending too muc…
Engadget RSS Feed 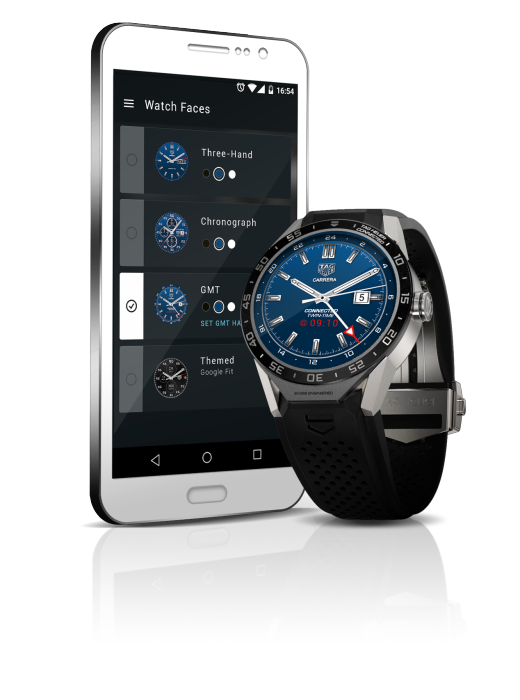 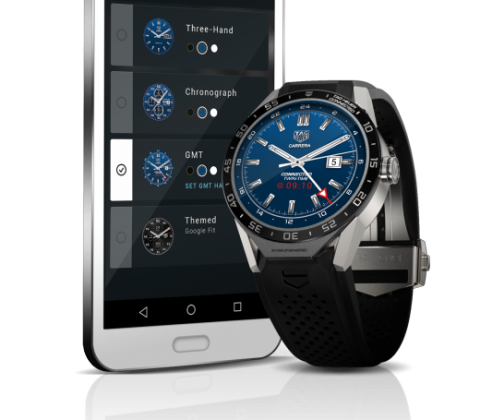 Anyone remember TAG Heuer’s Connected premium Android Wear smartwatch? Well, the smartwatch is back up for purchase after being sold-out for nearly two months.

In December we reported that TAG Heuer was experiencing higher demand than expected. Later that month they terminated online sales and increased production in order to catch up. This news came to us as a bit of a surprise because it’s not everyday you see smartwatches fly off the shelves like that. There’s still a handful of people out there who see no good use for a smartwatch.

Earlier this week, TAG Heuer added more supply and put the smartwatch back up for sale on its website. Just as a reminder, the TAG Heuer Connected is as premium as they get. It’s durable and made of expensive materials, that’s why the price tag comes in at $ 1,500 USD. This is the most expensive Android Wear smartwatch you can buy. As a courtesy, the TAG Heuer Connected will ship for free. To read more about it or get your own, hit the source link.

TAG Heuer has persuaded Tom Brady, Jeremy Lin, and Giancarlo Stanton to design personalized faces for its Carrera Connected Android Wear smartwatch. They’ll be released before the end of January.

TAG Heuer is the first luxury watchmaker to produce an Android Wear smartwatch. The Carrera Connected costs $ 1,500, and promises Swiss cool with Intel and Google smarts. 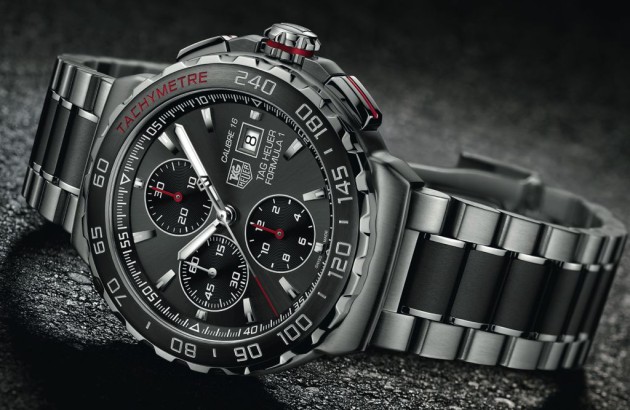 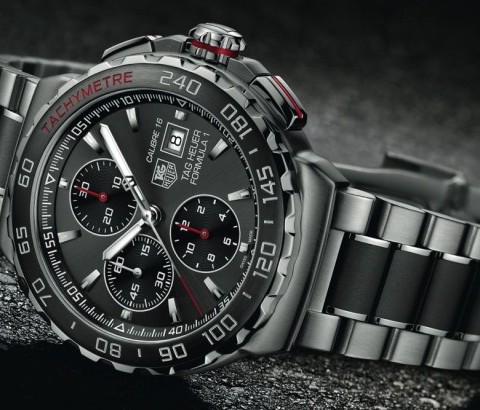 TAG Heuer will launch its Android Wear smartwatch on November 9

Android Wear didn’t feature much during Google’s Nexus announcement yesterday (which you can catch up on right here), but it’s still managing to garner some headlines for itself. This comes courtesy of TAG Heuer, who has revealed it will launch its Android Wear running smartwatch, the Carrera 01, in November.

The TAG Heuer smartwatch is scheduled to go on sale in New York on November 9 at 11am with a price tag of $ 1,800. The Carrera 01 is said to appear just like a normal, TAG Heuer watch. TAG Heuer CEO, Jean-Claude Biver, had this to say about the company’s upcoming smartwatch:

“That was our biggest challenge,” Biver said. “How can we make a connected watch that looks like a normal watch with the normal DNA of the Swiss watchmaking?”

Instead of the usual Snapdragon 400 processor used by most of the other Android Wear devices (except the original Moto 360, of course), the TAG Heuer wearable will be sporting a chip produced by Intel.

Come comment on this article: TAG Heuer will launch its Android Wear smartwatch on November 9