Lately, we have been hearing about Samsung’s new o-series of smartphones that are gearing up for a launch. This week, Samsung’s Galaxy Mega On took the next step and received its certification from TENAA.

A few weeks back, the Galaxy Mega On passed through a benchmark test on GeekBench. We’re looking at a large handset with very low-end specifications, likely to be aimed at a more affordable crowd.

The newly leaked TENAA certification gives us a sneak peek at what to expect time come launch. The The SM-G6000 (Galaxy Mega On) will have a 5.5-inch 720p display, a quad-core 1.2 GHz CPU back with 1GB of RAM, a 13MP rear-facing camera, a 5MP front-facing camera, 8GB of internal storage space expandable up to an additional 128GB via a built-in micro-SD card slot and weigh in at 172g. Support for 4G LTE connectivity is on-onboard and so is Android 5.1.1. No images have been spotted revealing anything when it comes to design for the upcoming smartphone, but we are bound to get something in the coming weeks. We’ll keep you posted. 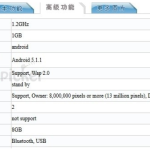 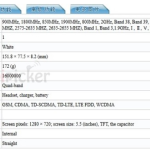 Come comment on this article: Samsung Galaxy Mega On receives certification from TENAA

HTC One M9e gets certified by TENAA, could make an appearance on September 29

The HTC One M9e will be a new global variant of the HTC One M9+. The handset just received its certification from TENAA and will most likely be unveiled alongside the HTC Butterfly 3 on September 29.

The HTC One M9e will be a slightly downgraded version of the One M9+, but it will be available in a large range of countries. The handset features a 5-inch full-HD display, a MediaTek MT6795 octa-core processor clocked at 2.2GHz, 2GB of RAM, a 13MP rear-facing camera, a 4MP ultrapixel camera on the front side, 16GB of internal storage space and Android 5.0.2 pre-loaded. It steps down a notch in nearly every category of specifications however the new variant will feature 4G LTE connectivity. The design will be mainly the same as the One M9+, in addition, the M9e will boost the exact same dimensions.

According to the handset’s TENAA certification, it will come in a variety of colors including gold, silver, grey and black. As of now, there is no word on pricing nor availability. We should find out everything in 3 days time. 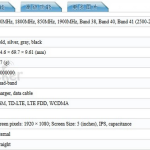 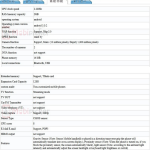 Come comment on this article: HTC One M9e gets certified by TENAA, could make an appearance on September 29

appearance, certified, could, gets, September, TENAA