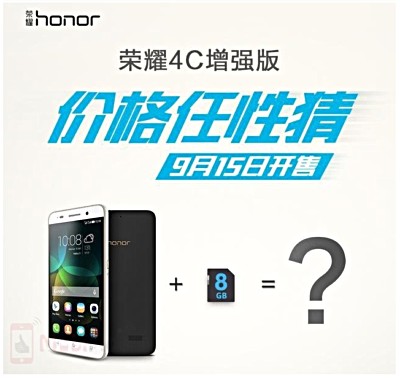 Huawei Honor 4C Plus expected to launch on September 14th

Next week, Huawei is expected to launch an upgrade to its Honor 4C handset dubbed the Honor 4C Plus. The handset will include a slightly improved design along with a bump to specifications.

The Honor 4C Plus will improve upon the Honor 4C in a few ways. It’s expected to include a 5-inch display (720 x 1280) powered by a Kirin 620 SoC with an octa-core 1.2 GHz CPU and 2GB of RAM. A 13MP camera is expected to be included at the back and an 8MP camera on the front side. It will include 16GB of internal storage space which is double its counterpart which had only 8GB. A 2550 mAh battery will try and last the full length of your day. It’s currently unknown whether the handset will include the company’s KitKat-based Emotion UI or a new Lollipop-based UI. We should find out more on September 14.

Come comment on this article: Huawei Honor 4C Plus expected to launch on September 14th

14th, expected, Honor, Huawei, launch, Plus, September
The 10 most epic Rube Goldberg machines of all timeEverything you need to know about watchOS 2 for the Apple Watch