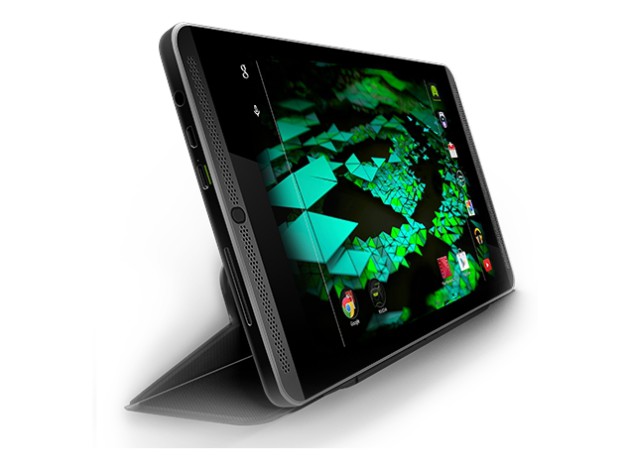 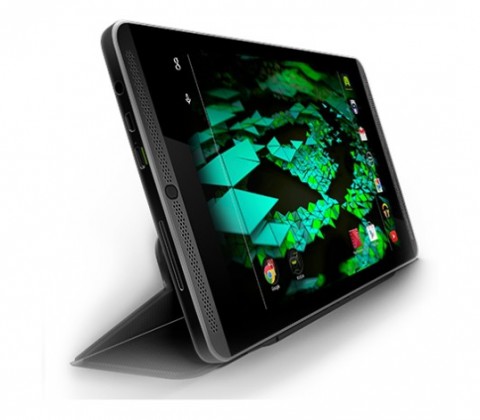 It’s been an interesting year for Nvidia, what with the worldwide recall of its SHIELD Tablet thanks to some battery issues that caused the tablet to become a potential fire hazard. In recent weeks, the graphics company released a revised version of the tablet called the SHIELD Tablet K1, which has been well-received. Moving on, Nvidia is in the process of developing a new SHIELD Tablet sporting the powerful Tegra X1 processor, which has been spotted being put through its paces on GFXBench.

According to the benchmark results, this new tablet, appropriately called the SHIELD Tablet X1, sports the following specifications:

It isn’t known whether the SHIELD Tablet X1 supports MicroSD memory cards, nor what the megapixel count is for the front and rear cameras. NFC is one feature that appears to be missing as well. It’s good to see that the tablet is running Marshmallow from the outset, though. It’s unknown when Nvidia’s SHIELD Tablet X1 will be officially announced, but CES 2016 just around the corner, you can guarantee more details will be announced or leaked in the coming weeks. 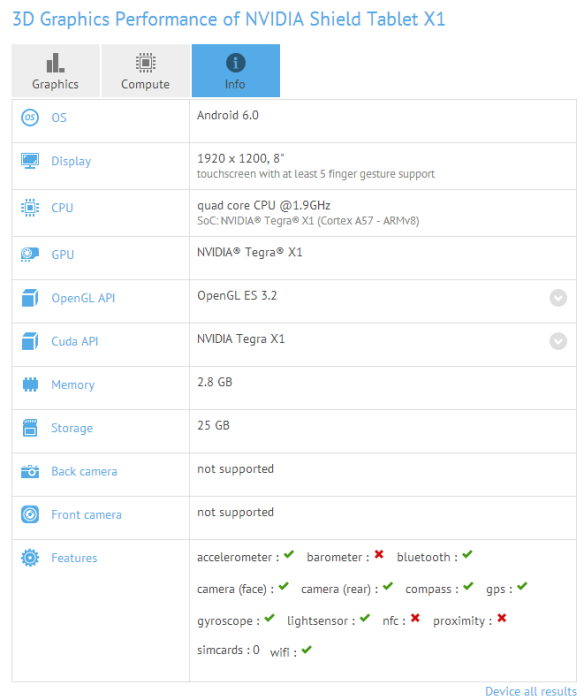 benchmarking, Nvidia’s, Shield, site, spotted, tablet
6 hypermiling cars that get over 100 miles per gallonHuawei unveils the veritable, but sleek, monster of a phablet that is the Mate 8