Sprint is bringing their stronger, faster LTE Plus network to 77 markets

Sprint has announced a revamped LTE services to deploy to markets with a significantly improved wireless experience for customers. This new network is deploying to 77 markets today, and it offers some notable new technologies that should make a world of difference for Sprint customers.

LTE Plus utilizes all three of Sprint’s bands of spectrum, using the 2.5 GHz band for speed, the 1.9 GHz band for coverage, and the 800 MHz band for building penetration. Carrier aggregation allows LTE Plus to bond multiple spectrums together to beef up the bandwidth and speed available to users, and Sprint claims the new network doubles both of those. Pretty impressive, especially considering that claim means capable devices can reach theoretical speeds of up to 100Mbps on that network. 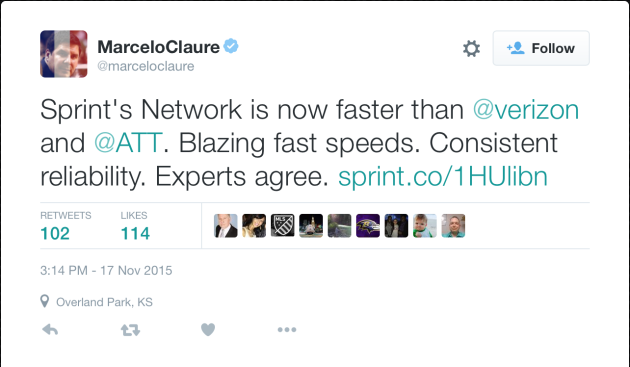 You can hit the link below to check out where Sprint is deploying this new network.

Come comment on this article: Sprint is bringing their stronger, faster LTE Plus network to 77 markets

bringing, faster, Markets, network, Plus, Sprint, stronger, their
With a 21-megapixel front-facing camera, the Meitu V4 ensures your trip to selfie heavenLG G5 rumors and news