Since Russia invaded Ukraine in late February, YouTube has taken down more than 70,000 videos to date related to the conflict, The Guardian reported on Sunday. The company told The Guardian it removed many of the videos for breaking its major violent events policy, which prohibits content creators from denying or trivializing events like the invasion.

YouTube did not breakdown the enforcement action but noted that it suspended approximately 9,000 channels in the sweep, including one tied to pro-Kremlin journalist Vladimir Solovyov. Some of the videos YouTube took down broke the company’s guidelines by referring to the invasion as a “liberation mission.”

Partly resulting from its actions, YouTube has seen a significant increase in the number of people in Ukraine, Poland and Russia consuming “authoritative” content on the conflict. In Ukraine, for instance, news content on the invasion has generated more than 40 million views. “The first and probably most paramount responsibility is making sure that people who are looking for information about this event can get accurate, high-quality, credible information on YouTube,” Mohan told The Guardian.

The move underscores the critical role services like YouTube play in preventing misinformation from spreading online. In Russia alone, YouTube has more than 90 million users, making it the single largest video-sharing platform in the country. The company’s actions against state-sponsored networks like RT and Sputnik had a dramatic impact on the ability of those organizations to disseminate the Kremlin’s message.

Genshin Impact developer Hoyoverse is working on a new project. On Friday, the studio shared the first trailer for Zenless Zone Zero, an action RPG set in a modern urban setting. Reminiscent of titles like The World Ends With You and Scarlett Nexus, the game pits players against Ethereal, monstrous creatures borne from another dimension. In a nod to Neon Genesis Evangelion, the action takes place in New Eridu, one of the few cities to survive the devastation wrought by the Ethereal.

As a “Proxy,” you’ll need to organize a disparate party of characters to battle the monsters. Hoyoverse hasn’t explicitly said how it plans to monetize Zenless Zone Zero, but it sounds like the game will employ a similar system to the one found in Genshin Impact. In other words, expect to use real-world money to improve your chances at obtaining some of the game’s most powerful party members. Zenless Zone Zero does not have a release date yet, but you can sign up to take part in the game’s closed iOS and PC beta by visiting its official website.

A brand-new take on an action camera, designed from the ground up with a host of unique innovations.
Wearables | Digital Trends

Over the past few weeks, we have mourned the killings of George Floyd, Breonna Taylor, Ahmaud Arbery, Tony McDade — and the other known and unknown victims of racial terror and violence. These killings occurred against the backdrop of a global pandemic that disproportionately ravaged the Black community and surfaced entrenched racial inequities. In our anguish, we have taken to the streets in protest — in every state and around the globe — to demand the dismantling of systemic racism in society.

On Saturday, June 13, Common and Keke Palmer hosted a conversation called “Bear Witness, Take Action” to create a virtual space. It raised awareness on the urgent need for racial justice, and supported the Equal Justice Initiative. It featured conversations with creators including Jouelzy and Ambers Closet; prominent activists including co-founders of Black Lives Matter; Alicia Garza and Patrisse Cullors; Bryan Stevenson, founder of Equal Justice Initiative; bestselling author Roxane Gay; journalist Soledad O’Brien; and powerful musical performances from John Legend, Trey Songz, Brittany Howard and many more important voices.
“I think we are at a huge inflection point.” – Rashad Robinson, President of Color of Change
“This is a time when we can actually make some ground” – Kimberlé Crenshaw, Executive Director of the African American Policy Forum and Professor of Law at UCLA and Columbia.

The effort to combat racial inequality will take continued work from all of us. Last week, Susan Wojcicki shared YouTube’s commitment to the Black community, and we will continue those efforts in the months and years ahead.

These are some ways that you can take action to end police violence against Black Americans and promote a more equitable world for all people:

Check out the YouTube Spotlight playlists for videos on these topics:

Check out these feature films and series that have been made available free to watch and rent on YouTube:

Turn your voice into action with your vote. 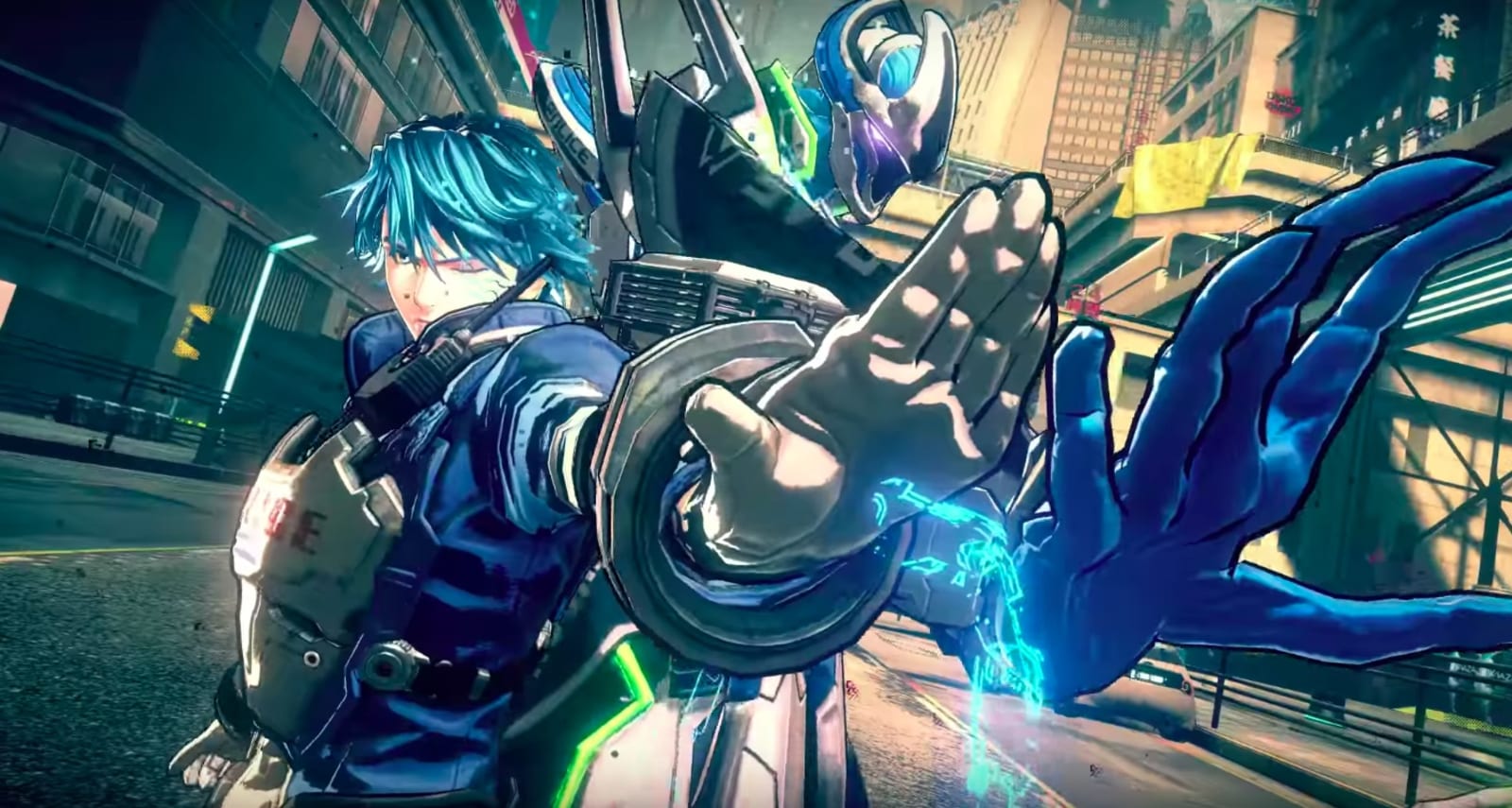 Astral Chain is the latest neon-infused, over-the-top action title from Platinum Games, and it's due to hit the Nintendo Switch on August 30th. Platinum is best known for developing the Bayonetta series and 2017's acclaimed RPG Nier: Automata. It's a…
Engadget RSS Feed

Didn’t get that action camera you wanted for Christmas? Don’t worry, you can pick one up after the holiday hangover for yourself, and you won’t have to spend much on it, either. Talk Android Deals is running a discount on a 4K UHD action camera that includes several extra mounts, which means you can get […] 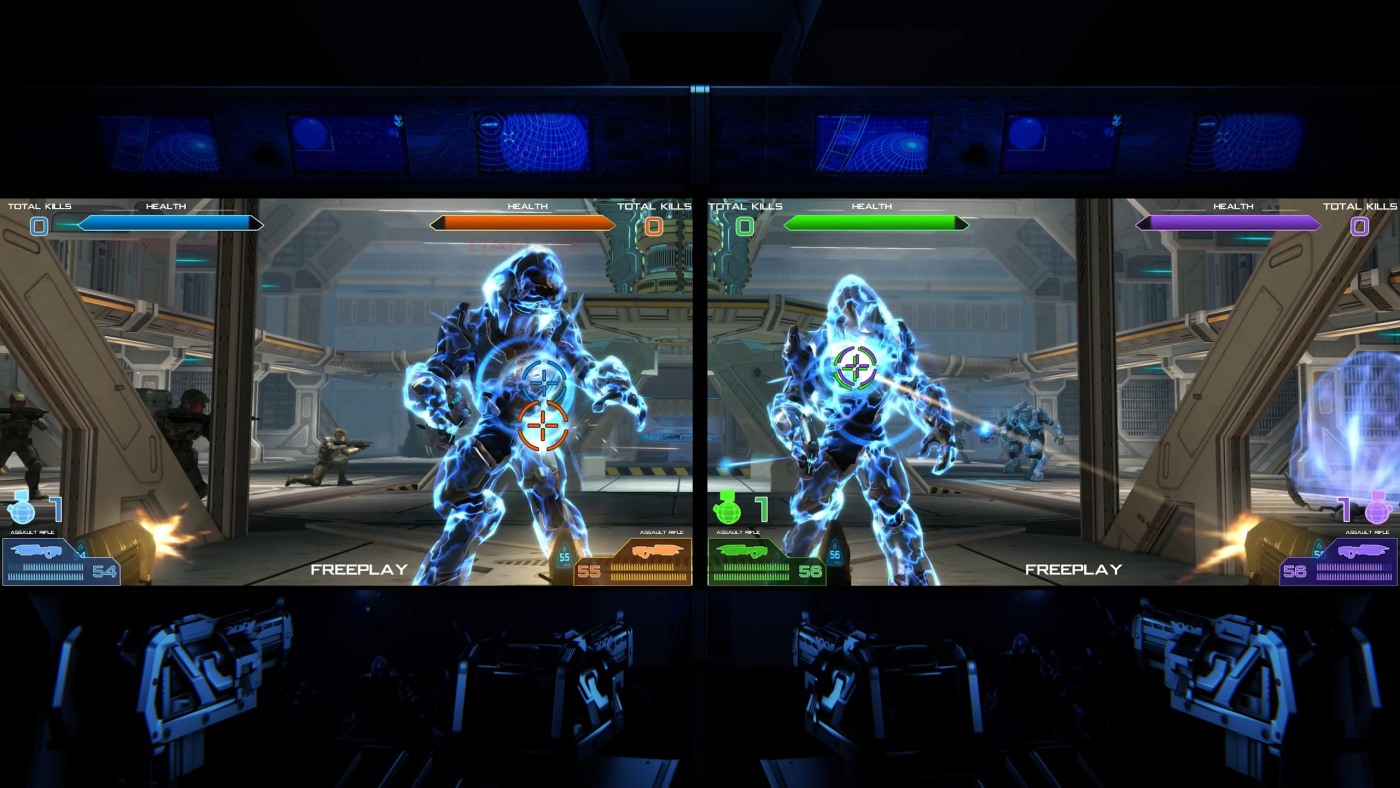 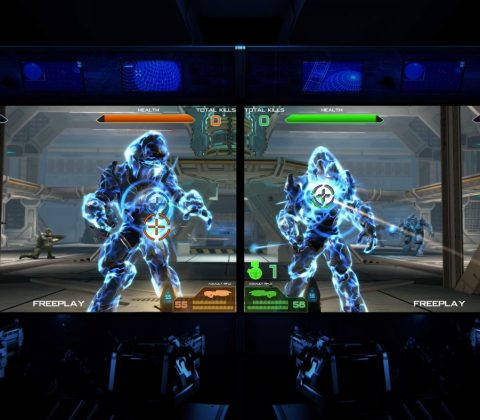 ‘Halo: Fireteam Raven’ brings its co-op action to the arcade

The next new Halo game isn't for Xbox One or PC — instead Halo: Fireteam Raven is an arcade machine built for four-player cooperative play. A 130-inch 4K screen lets all the players take aim on a rail shooter experience in the environment of the fir…
Engadget RSS Feed

The Red Bull Air Race brings the low-flying, high-stakes excitement of air racing back to San Diego after an eight-year hiatus. Fans can buy tickets now to experience the event first hand, where planes fly over 200mph less than 100 feet high.

Amazon is currently offering a free $ 60 gift card with every purchase of a GoPro Hero5 Black action camera. The most powerful model in the GoPro family, the Hero5 Black is our pick for the best action cam available right now.

The post Get a free $ 60 Amazon gift card when you buy a GoPro Hero5 Black action cam appeared first on Digital Trends.

In 2017, a 4K, 60 fps action camera could hit the market and challenger-brand Yi Technology aims to make the first one. The company teased its new cameras during a pre-CES announcement over the weekend.

The post A 60 fps, 4K action camera could be coming in 2017 from Yi Technology appeared first on Digital Trends.

Watch Nokia’s canceled smartwatch in action in this leaked video

The Nokia Moonraker, Nokia’s smartwatch that was shelved after Microsoft bought the company’s mobile division in 2014, has been shown off in a new leaked video. The video shows the device showing notifications, emails, messages, and so on.

YI Technology introduced itself to the United states with the YI Action Camera in late 2015. That device, which is still being sold today, surprised many because of its simple design and small price. It’s part of the imaging technology company’s strategy to penetrate the U.S. market with affordable, quality products. In 2016, YI revamped […]

This 4K action camera is tiny but boasts up to four hours of battery life. Add in a motion sensor, a depth rating to nearly 200 feet and a 16-megapixel sensor and it’s easy to see why the Mokacam now has over a million dollars in crowdfunding.

The post This tiny 4K action camera just got over a million dollars from Indiegogo appeared first on Digital Trends.

Action, camera, dollars, from, Indiegogo, just, million, over, this, tiny

The NFL has extended its partnership with Snapchat to include additional Explorer footage. As part of the deal, even more official and user-created game clips will now be available on the video-sharing app.