Come comment on this article: Check if Verizon’s 5G network has coverage in your area before buying a 5G handset (Updated)

In case you weren’t already aware, 5G is a pretty big thing for consumers, smartphone brands as well as network providers. The UK saw its first commercially available 5G network switched on by the BT-owned network operator EE during an event in London. The first 5G smartphone available in the UK is the OnePlus 7 […]

Come comment on this article: The OnePlus 7 Pro 5G is the first handset to launch on EE’s brand new 5G network in the UK

MWC 2019 is shaping up to be a much bigger deal than it was in 2018 with Huawei, Xiaomi, Sony among the brands scheduled to launch handsets with 5G, foldable displays, and even a smartphone without ports or buttons. It will be a wild few days in Barcelona next month, and LG is joining the […]

Come comment on this article: LG to launch handset with touch-free gesture controls at MWC 2019

The opportunity came and went for Xiaomi to announce the Mi 5 at its November 24 event, but the company did use that date to launch the Mi Pad 2 and Redmi Note 3. Among the ‘special’ features being rumored for the handset is a technology not unlike Apple’s 3D Touch. The technology, known elsewhere as Force Touch, utilizes a pressure-sensitive display for extended long-presses. But, today, what’s below the display is what’s being talked about around the world. 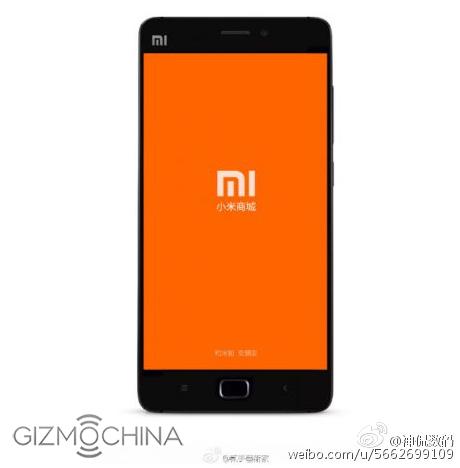 A leaked render of the device obtained by GizmoChina shows that Xiaomi could be implementing a physical home button just below the display of the Mi 5. Most, if not all, Xiaomi handsets have capacitive buttons for Back, Home, and Recents; however, that is not the case here. The likely explanation for this is that Xiaomi is using a fingerprint scanner that is located on the front of the Mi 5 rather than the back.

Specifications for the handset allegedly include a 5.2-inch Quad HD (2560×1440) display, Qualcomm Snapdragon 820 processor, 3GB or 4GB of RAM, 32GB or 64GB of internal storage, and 21MP / 8MP cameras. The Mi 5 should ship with Android 6.0 Marshmallow; however, Xiaomi is undoubtedly going to put its MIUI 7 overlay on Google’s software.

It is believed that the Mi 5 will be debuting on January 21 with availability starting the next month.

Come comment on this article: This Xiaomi Mi 5 render shows the handset with a real home button