Everyday young professionals in India move out of their small towns to the big cities in search of their dream jobs and to earn a steady income. Srinath and Laxman did the same and they were employed by a well established media company, earning a good income to take care of their families back home.

They lived together in a small rented apartment and cooked on their own. They made their traditional recipes but frequently used YouTube to try out new cuisines. They were awestruck to see the millions of views for recipe videos on YouTube. With a background in post production, they decided to explore the opportunity for themselves and in August 2016 launched a traditional Indian recipes channel on YouTube.

Despite concerns from their families, they quit their jobs and decided to pursue this as a full-time career. When they partnered with Laxman’s 106-year-old grandmother – Mastanamma – their channel skyrocketed. Her delicious traditional recipes have received audience attention all around the world. We spoke with Srinath about their passion for food, the power of YouTube, and what lies ahead:

How did your family and friends react when you told them about your plans to quit your job and start a YouTube channel?

When I first told my wife about my plans to quit my job to start a YouTube channel, she was not very happy. At the time, I had a good job and a decent salary – we also have kids so she was not supportive of my decision and didn’t understand why I wanted to do this. But both Laxman and I were convinced that we wanted to do this – so we quit our jobs and started the channel and became YouTube creators.

What were your expectations?

We were blessed that our channel started doing well pretty quickly and we started making a similar amount of money as we were in our past jobs. This gave my family some confidence in what I was doing. But after four months, we realized that we needed to do something different to sustain our growth.

At any point did you think that this may not work?

We were visiting Laxman’s village called Gudiwada and since it’s a small village, everybody was aware of our YouTube channel. They were all very happy for us but they had no idea that we were looking for new ideas to build on our start.

That’s when Laxman’s mother suggested that we should try the recipes of Laxman’s grandmother, Mastanamma, because she makes really authentic and delicious dishes. At first we didn’t think much of it but we decided to try her food. Her food was amazing and it was not like anything we had tried before so we decided to record a few videos with her.

Our first video with her was a hit and received 3 million views. We uploaded another video titled “Watermelon Chicken by My Granny” and that went viral! We couldn’t believe that this recipe video hit over 8 million views. There truly is magic in her recipes and the food she makes, and that magic is now available on YouTube for everyone to enjoy. She is 106 years old and still enjoys cooking herself and for everyone. Because of YouTube, she’s able to share that passion on a global scale.

What does Mastanamma think about having her own food channel that is now popular all over the world?

Having a YouTube channel has given her new experiences that none of us ever thought were possible. She was even recently interviewed by the BBC! She doesn’t completely realize what she has created but it’s something that is connecting people all around the world. We now visit her once a month and shoot new videos for two or three days of the newest recipes she wants to share on YouTube. 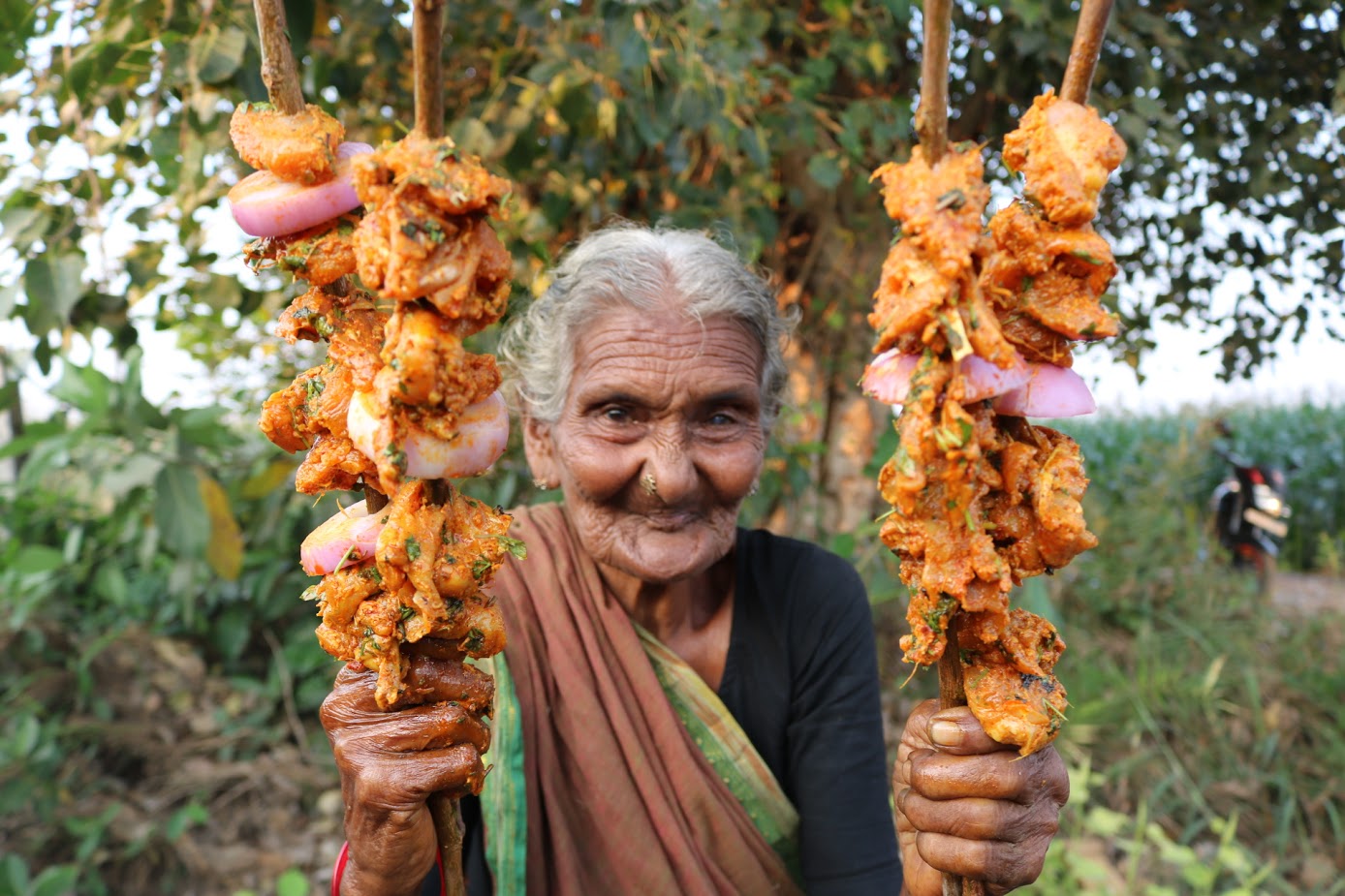 Have you thought about what you want to do next?

We never expected to come this far but we’re delighted that we took a chance and our families are now very happy and supportive of our work. Our income has also gone up tremendously and our viewership comes from all over the world. We want to build on this success and are already working on a new animation channel for kids and families. We’re excited to create something unique in that space as well.

What advice does Mastanamma have for her viewers?

She says that there is no better food than the food you make yourself. Everyone should learn to cook because it’s healthier and brings people together.