As most other brands have either already announced or are rumored to be planning the release of foldable smartphones, Motorola is lining up the third generation of its Razr foldable which apparently goes under the codename ‘Maven’. The new clamshell from Motorola will feature flagship specifications and is reportedly scheduled for a ‘summer release’. According […]

Nothing, the brand started by OnePlus co-founder Carl Pei, will announce its 2022 roadmap in an event on March 23rd. While the company didn't reveal specifics other than a new community investment round that's coming this year, previous reports claimed that the company is developing its own smartphone that will be launched in April.

It's said to feature design cues also found in the brand's wireless earbuds, specifically their element of transparency. If you haven't seen them yet, Nothing's earbuds have a see-through shell and come in a case that's mostly transparent, a design that adheres to the company's mission of making technology less obvious and more seamless.

TechCrunch reported earlier this month that Pei showed the device to industry executives at Mobile World Congress in Barcelona. Famous leaker evleaks also tweeted a photo of Pei seemingly showing off a smartphone in his hand to Qualcomm chief Cristiano Amon. It was taken from a distance, however, so we'll have to wait for the official reveal — or for more detailed leaks to come out — for a clearer look.

Nothing to see here. pic.twitter.com/mzLeTVHSXm

Considering Pei's background, it wouldn't come as a surprise if Nothing truly does release a smartphone. Pei previously told Bloomberg in an interview that the company is "building an ecosystem of smart devices" and that Nothing will build them "so these devices talk to each other."

The Nothing (event): The Truth will take place on March 23rd at 2PM GMT/9AM EST. You can sign up to get notified when the livestream starts at Nothing's website.

Sony is holding a launch event tomorrow but as you might have already guessed from the headline, images of its successor to the Xperia Pro from 2020 have already been leaked. These images point to the Xperia Pro-1 featuring a massive 1-inch camera sensor as one of its trio of rear cameras. Thanks to the […]

I know, we are still in September but if you’ve already begun wondering about Samsung’s upcoming Galaxy S22 flagship you are in luck because the first leaked renders have been released which reveal two important details and a curvier design. The leaked renders come courtesy of Digit.in and @OnLeaks, showing the Galaxy S22 Ultra with […] 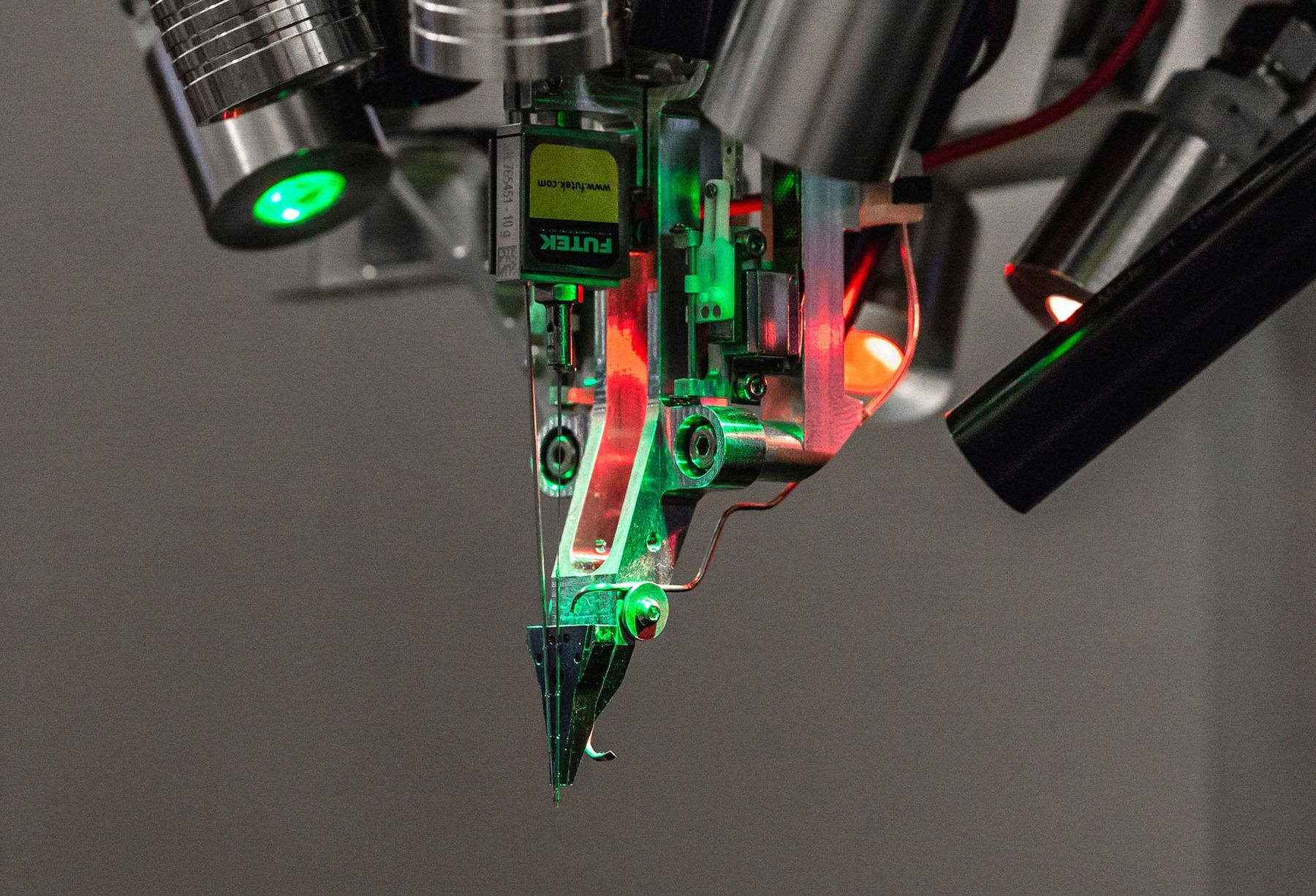 We at TalkSamsung TalkAndroid love writing about the world of Android and one of the biggest exponents of Google’s Mobile OS is Samsung, an electronics company that sits at the top of the pile when it comes to global sales. Samsung has an absolute slew of new devices gearing up for launch in the next […]

When you think of smartphones that tote a stylus, it’s likely that you instantly think of Samsung’s Galaxy Note series that has dominated the segment with few alternatives other than the more affordable LG Stylus and the newly launched Note 10 Lite. In recent weeks we’ve seen rumors that Motorola is prepping a stylus-equipped handset […]

Leaked specs for OnePlus 7T, 7T Pro reveal a significant upgrade for the base model

With IFA 2019 out of the way, we have a slew of smartphone launches coming up in the next few weeks, one of which is the OnePlus 7T and 7T Pro. We’ve seen a few rumors pointing to the presence of a 90Hz display on the regular 7T and we expect both models to run […]

Come comment on this article: Leaked specs for OnePlus 7T, 7T Pro reveal a significant upgrade for the base model

With less than a month until Samsung officially launches the Galaxy Note 10, Note 10+ (main image), and Note 10e at an Unpacked event in New York on August 7th, the leaks have continued to come. Today we have official images showing both Galaxy Note 10 and 10+ in a gradient color that can only […] 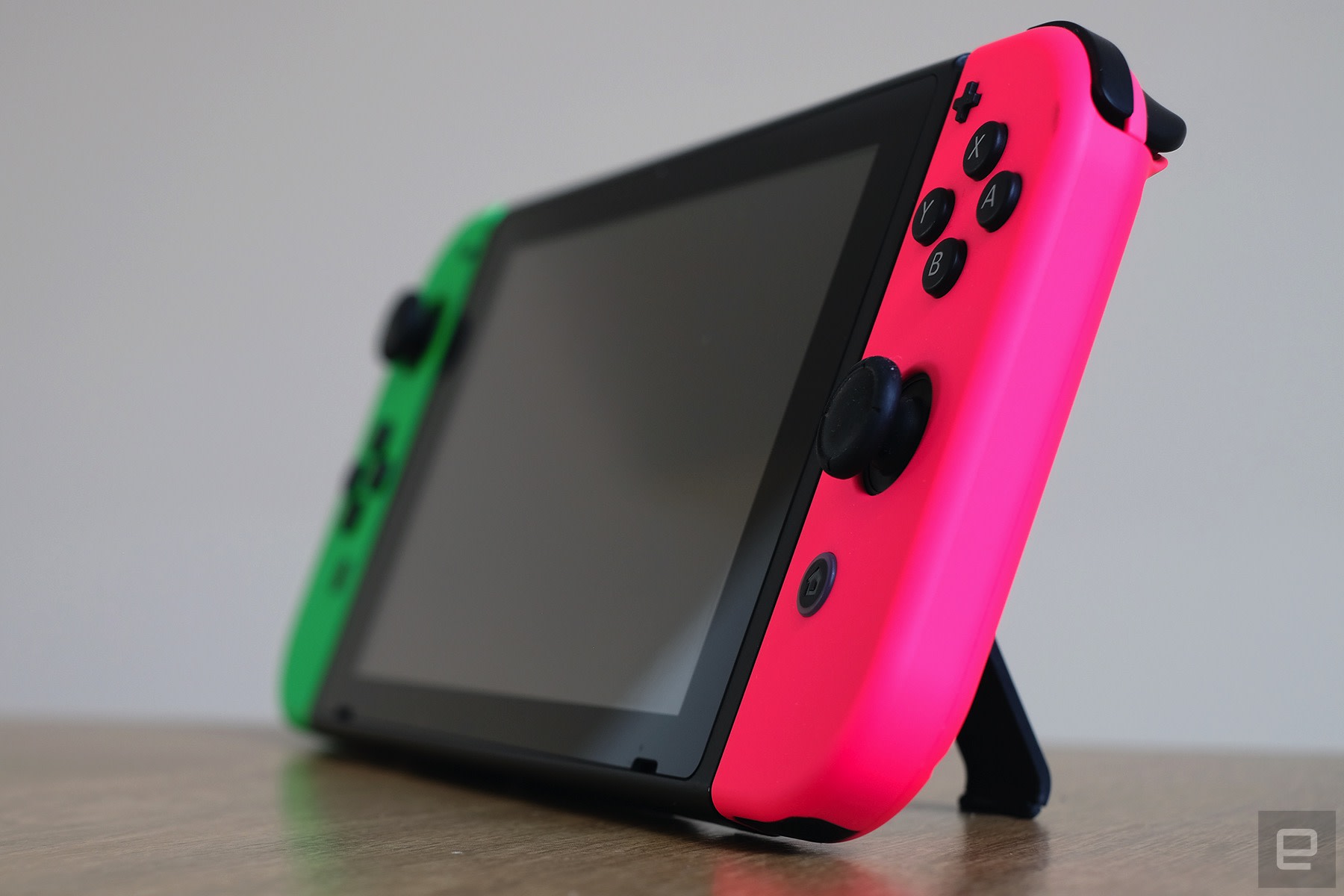 If you've been waiting for a cheaper, kid-proof Nintendo Switch, bad news: the company won't reveal one at E3 this year. "As a general rule, we're always working on new hardware and we will announce it when we are able to sell it," Nintendo CEO Shunt…
Engadget RSS Feed

Looking ahead to May, one of the events we are likely to be treated to is the unveiling of the next flagship device from OnePlus. Last year the OnePlus 6 was announced on May 16th and rumors suggest OnePlus is planning a May 14th reveal date for the OnePlus 7. Perhaps more exciting is that […]

Come comment on this article: OnePlus 7 renders and leaks may reveal additional versions

While it’s thought that Huawei will show off its foldable smartphone at MWC 2019 that may also feature 5G connectivity, the Chinese handset maker is also gearing up to launch its successors to last year’s impressive P20 and P20 Pro. Case maker, Spigen, would appear to have let the proverbial cat out of the bag […]

Rotating LEDs reveal the moon as art subject and inspiration 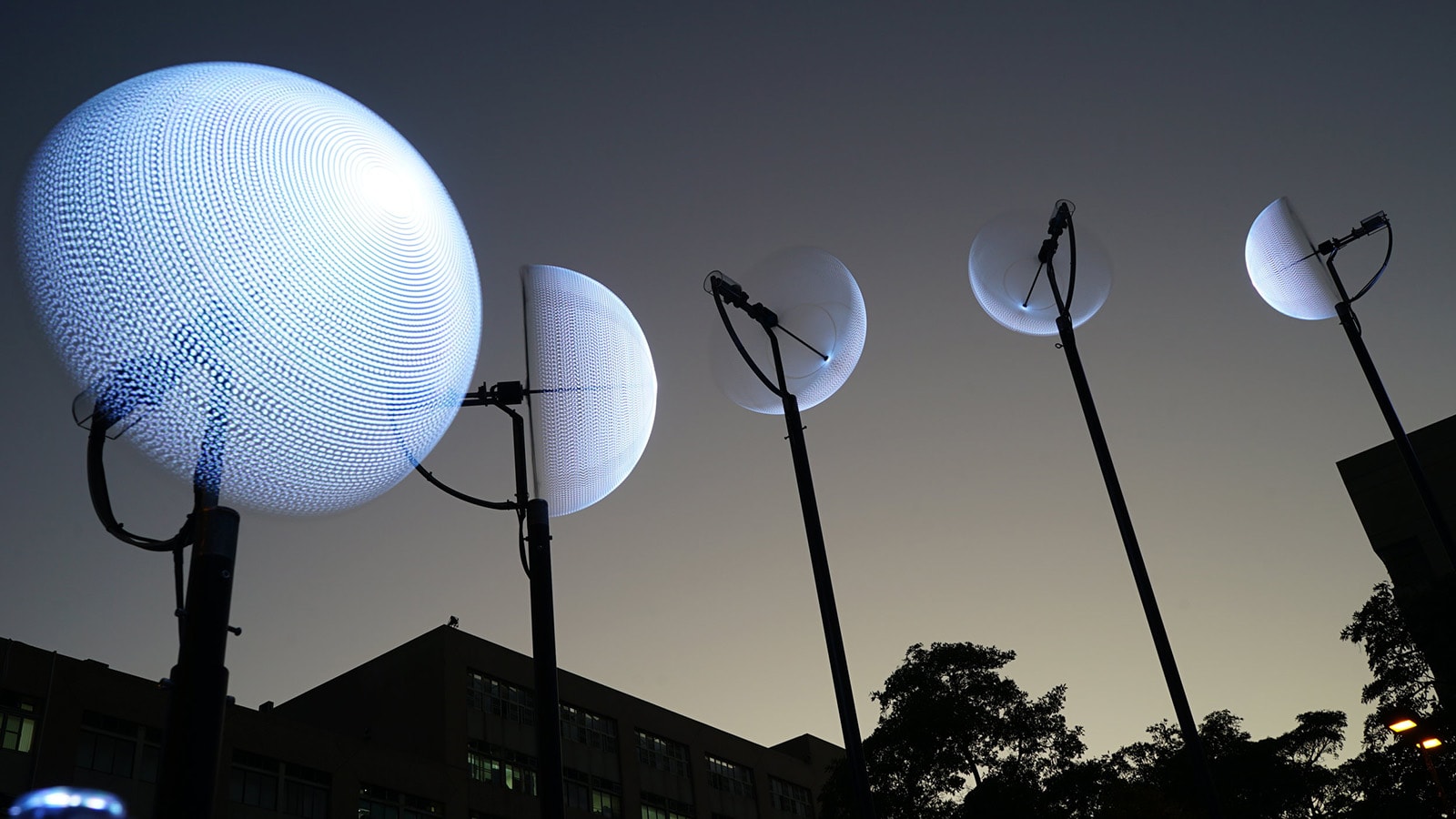 The moon has always been there for us, providing illumination and marking time while inspiring mankind in art, science and space exploration. Taipei-based studio Whyixd is presenting a new way of looking at it with an installation called #define Moon…
Engadget RSS Feed

I must hand it to Lenovo, for all the many issues and shortcomings their Moto phones have had, especially when it comes to updates, it appears they will actually continue supporting their ‘Moto Mods‘ on their upcoming Moto Z4 Play. Lenovo debuted their line of semi-modular phones back in 2016, with the introduction of the well-reviewed Moto […]

We’ve been hearing about Samsung’s (vaporware) foldable phone, known as the Galaxy X, for an eternity now. But it looks like an actual reveal (or some kind of info) might happen next week at Samsung’s Developer Conference 2018 in San Francisco. However, a surprise entry in the foldable phone game is LG, which plans on […]

Come comment on this article: LG has jumped into the foldable phone game with a planned CES 2019 reveal 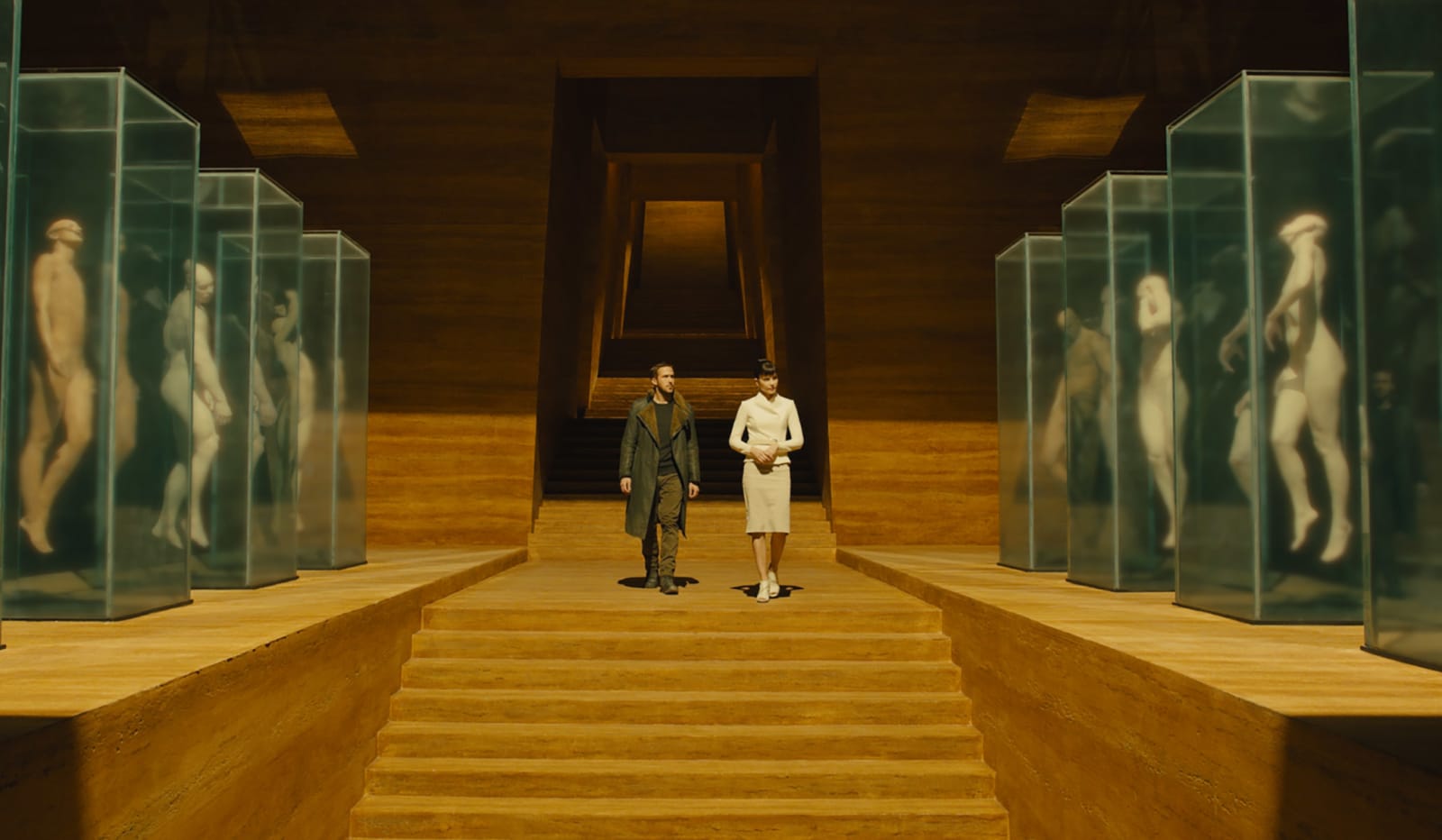 Despite the insane stakes, this year's Blade Runner 2049 lived up to (and in some ways surpassed) the paradigm-shifting original film. The sequel created its gritty futuristic look with the help of plenty of visual effects, but building settings isn'…
Engadget RSS Feed 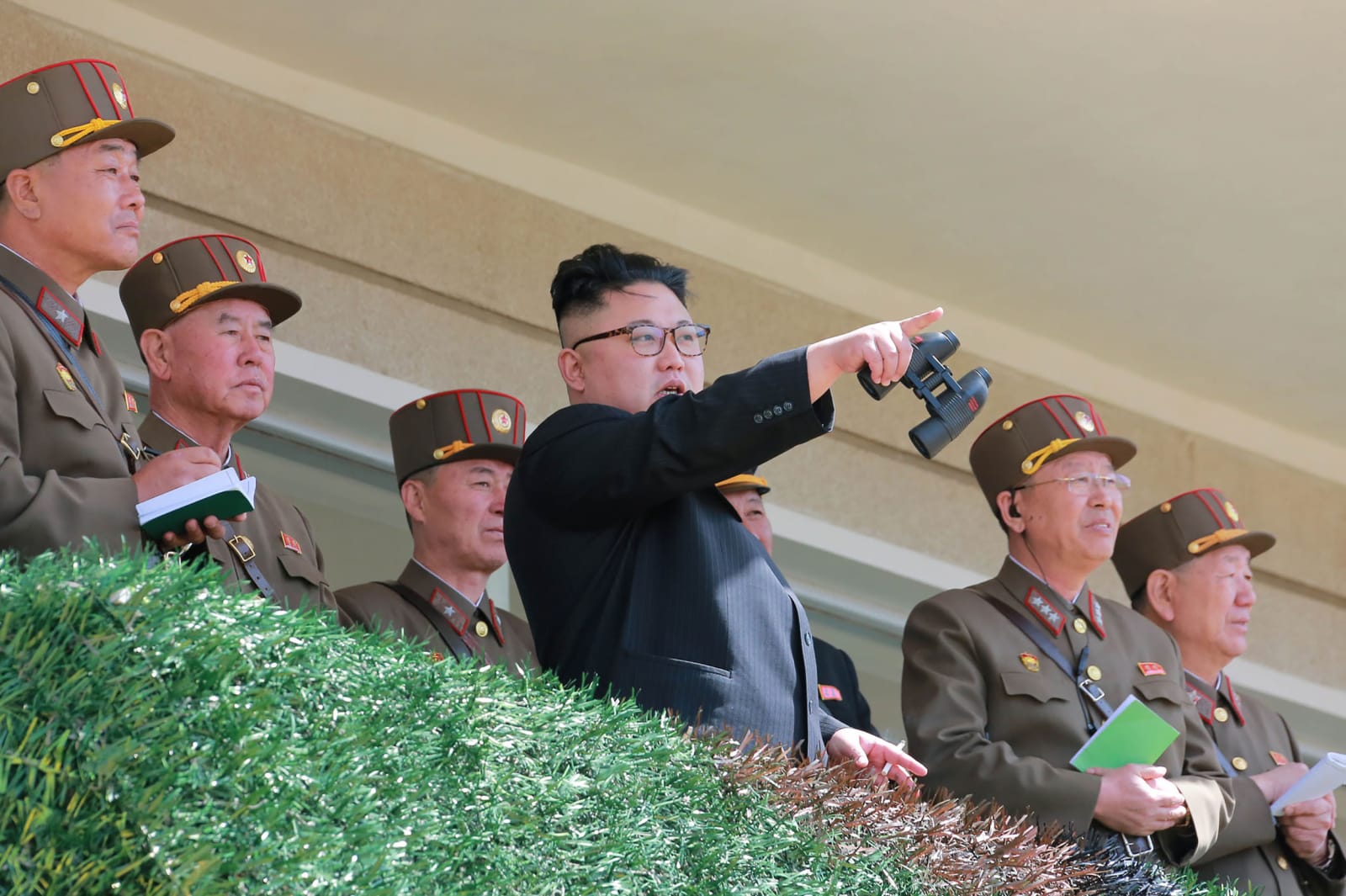 North Korea has been running a hacking campaign targeting aerospace, telecommunications and financial industries in the US since 2016, according to alerts issued by the government. Homeland Security and the FBI have released the technical details of…
Engadget RSS Feed 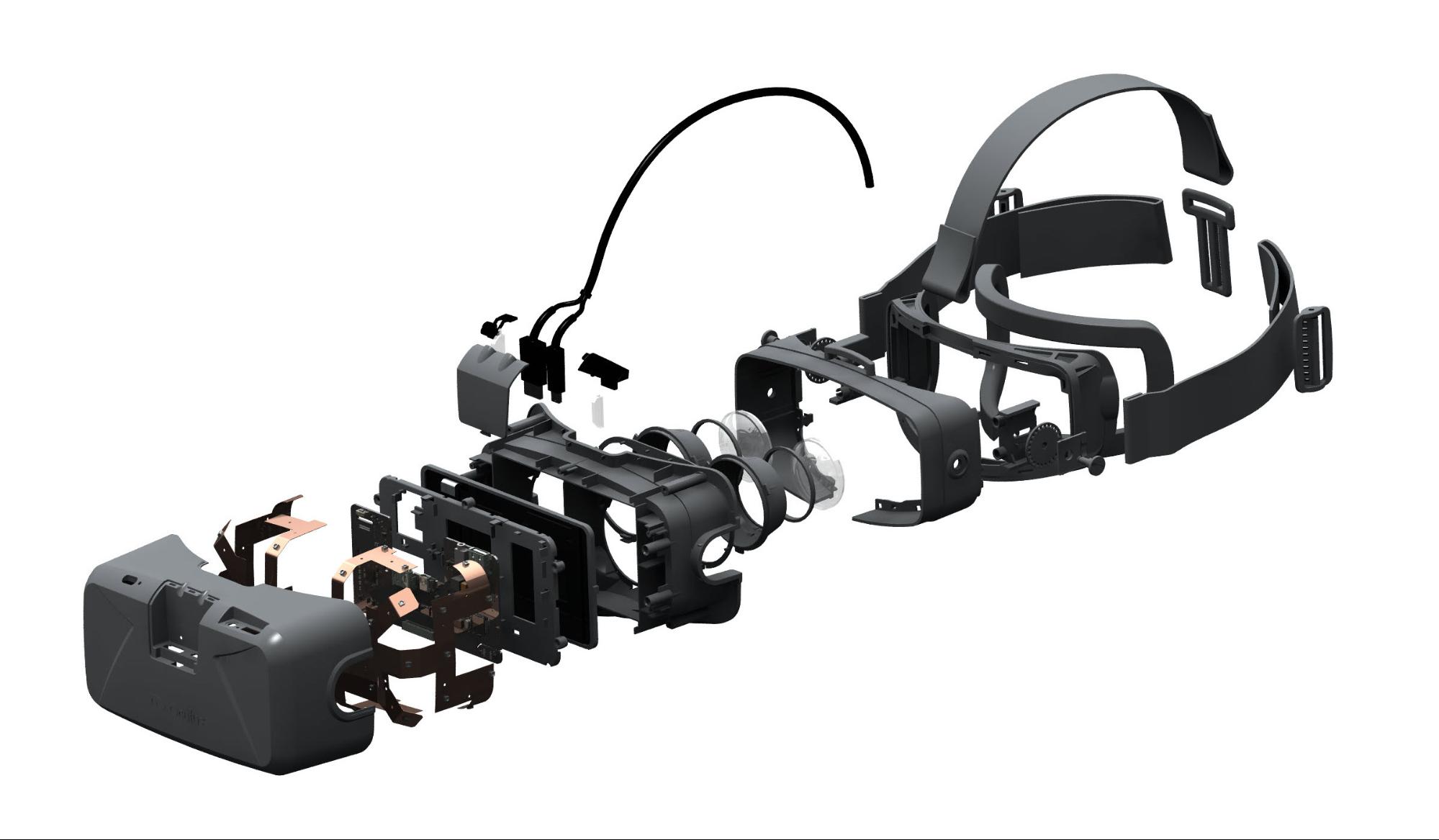 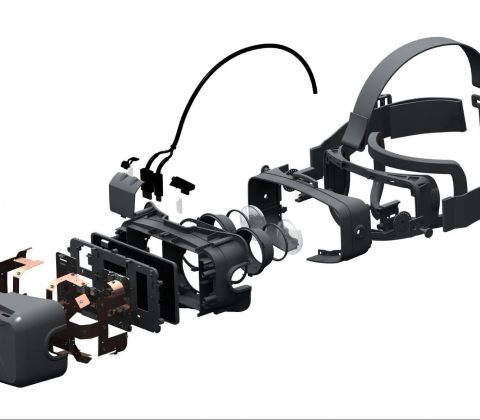 Oculus open sources Rift DK2 hardware ahead of its next reveal

Three years ago, Oculus made the source code for the Oculus Rift DK1 open to all. Now, with the fourth Oculus Connect on the horizon, the company is doing it again with the Rift DK2. It has released the Rift Development Kit 2 (DK2) to the public; Ocu…
Engadget RSS Feed

A few days ago a low quality render surfaced that appeared to show the forthcoming Motorola Moto Z2 Force and earlier today news surfaced that the device may not be a Verizon exclusive. New renders and a video reveal much more detail about the device and although the overall device is similar to last year’s […]

Ever wanted to experience what it is like to be a master pianist tickling the ivories? A new video gives a sense of what that might feel like, courtesy of wearable eye-tracking glasses.

The post Eye-tracking glasses reveal what master pianists look at while they play appeared first on Digital Trends. 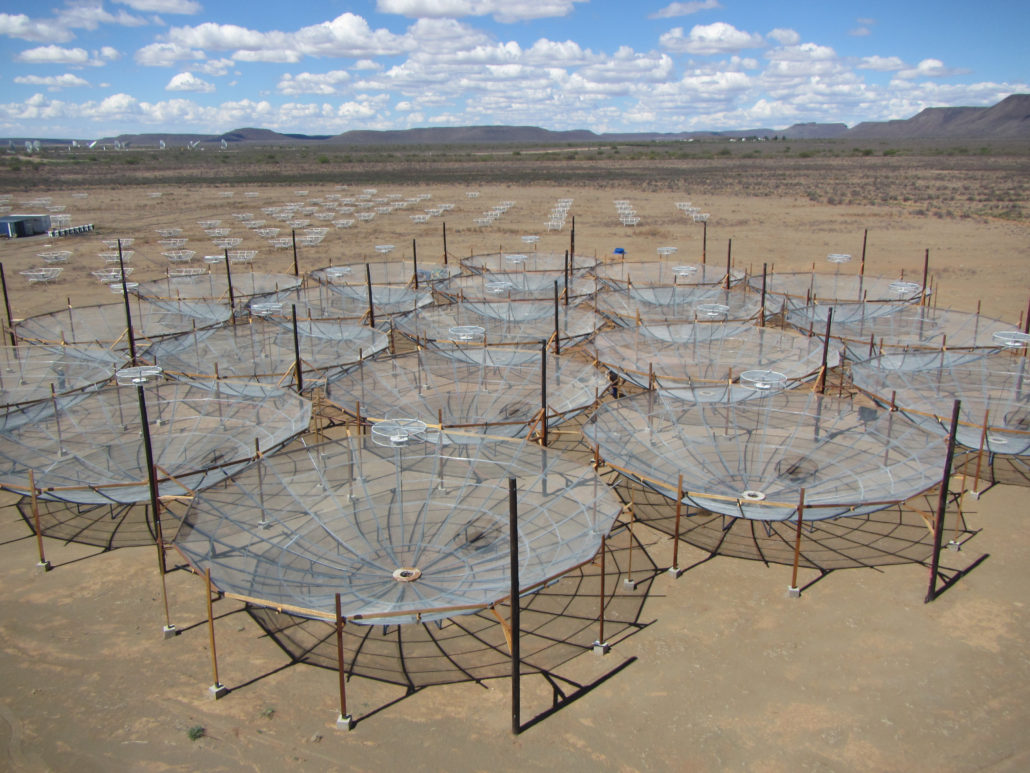 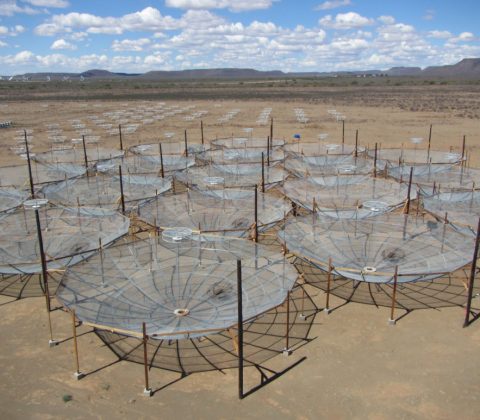 When it first went online in February 2016, the Hydrogen Epoch of Reionization Array (HERA) radio telescope in South Africa boasted 19, 42-foot-diameter antennas aimed at the "Cosmic Dawn" of the universe. The antennas are designed to detect a specif…
Engadget RSS Feed

Dinosaur eggs reveal one possible reason why they went extinct

The eggs of some dinosaurs took much, much longer to hatch than the eggs of their avian relatives and descendants — and it could have contributed to their demise. A team of researchers from various institutions examined the embryonic tooth from a so…
Engadget RSS Feed

Bluetooth 5 will be unveiled next week at an event in London hosted by the Bluetooth Special Interest Group. The next iteration of the wireless standard will offer broader support for the growing array of smart home devices on the market.

Awake Labs has started an Indiegogo campaign for the Reveal, a fitness tracker aimed at tracking emotional triggers for autistic children. What this means is that these children and their caretakers can prevent meltdowns before they even happen.

HTC is rumored to be launching a new smartphone at the end of September called the Aero or the One A9. Here’s everything we know about it so far.