Latest leak says OnePlus Z will be using a Snapdragon 765 CPU, not a MediaTek chip

The OnePlus Z is leaking again, but this time we’ve actually got something interesting to talk about. The phone was originally tipped to a use a MediaTek Dimensity 1000 CPU, which was believable; OnePlus has always used Qualcomm processors, but MediaTek’s latest offering is a pretty solid bang for the buck without compromising performance. This […]

Come comment on this article: Latest leak says OnePlus Z will be using a Snapdragon 765 CPU, not a MediaTek chip

The iQOO 3 is the latest gaming smartphone slated for India, offering high-end hardware at a relatively affordable price. iQOO is a sub-brand of Vivo, who uses their subsidiary to dive into other markets without their primary Vivo branding. But what’s probably the most interesting part of this phone isn’t that Vivo makes it, but […]

Qualcomm has announced a slew of new technology at their annual conference, all of which should make 2020 a very exciting year. We’ve got improvements to existing processors and security technology, plus some leaps in 5G connectivity. Snapdragon 865 5G The Snapdragon 865 is probably the biggest thing everyone had their eye on, and I […]

Qualcomm typically hosts a tech event in December every year, showing off their latest and greatest mobile processors for phones and other devices the next year. That’s still happening this year, and we have a few events to look forward to next month. Snapdragon 865 improvements The Snapdragon 865 will replace Qualcomm’s current Snapdragon 855 […]

Come comment on this article: Qualcomm Snapdragon 865 pegged for a December launch

Qualcomm’s current flagship smartwatch processor, the Snapdragon 3100, really isn’t that great. It gets the job done, sure, but it can’t quite match custom SoCs from companies like Samsung and Huawei. And Wear OS watches clearly haven’t taken off, so some ingredient in the recipe is off. We’re hoping that changes with a next-generation wearable […]

Qualcomm’s upper-midrange chips have offered excellent near-flagship performance for the last few years, now the upcoming Snapdragon 735 has leaked as essentially a more efficient 730. Qualcomm first diversified their mid-range chipset portfolio with the advent of the Snapdragon 710 in early 2018, offering performance on par with the prior year’s flagship Snapdragon 835 while […]

Come comment on this article: Qualcomm’s midrange Snapdragon 735 chip leaked as a refreshed 730

Leaks of what must be Qualcomm’s upcoming 2020 flagchip have surfaced revealing a respectable 20% improvement to performance, in Geekbench at least. Qualcomm has been the top-dog of mobile chipsets for the last decade, in no small part due to their open market vs the proprietary chipsets of companies like Huawei and Samsung, but also […]

Calm down, Samsung’s Galaxy Note 10 will not be powered by the Snapdragon 855 Plus

With gaming smartphones seemingly a thing in 2019, Qualcomm announced the gaming-focused Snapdragon 855 Plus which is basically a tweaked version of the regular Snapdragon 855 that launched at the tail-end of 2018. Since the announcement earlier this week, there has been speculation that the Pixel 4 and Samsung’s Galaxy Note 10 could be powered […]

Come comment on this article: Calm down, Samsung’s Galaxy Note 10 will not be powered by the Snapdragon 855 Plus

Qualcomm has announced a slew of new mobile processors for smartphones coming up this year, and while they may not be quite as exciting as a new 800-series chip, these will likely power some of your favorite mid-range devices. The announcement includes a Snapdragon 730 and Snapdragon 665, plus a side graded Snapdragon 730G for […]

Come comment on this article: Qualcomm announces a handful of new Snapdragon processors

Samsung typically releases Snapdragon and its own in-house Exynos variants of their flagship phones, however this will thankfully not be the case for their foldable debut. Samsung has been manufacturing their own ‘Exynos’ mobile chips for years, though only began utilising them in their flagship-tier devices with the release of their Galaxy S6 and its […]

Motorola will be the next unexpected entrant into the folding smartphone market, but all rumors point towards the Razr reviving an old phone brand in a trendy form factor. Some specs have leaked for the folding Motorola Razr, too, giving us a better look at what to expect later this year. Above you can see […]

Lenovo has released the first flagship phone of 2019, and we’ve still got a couple weeks left in 2018. The Z5 Pro GT has a terrible name, but enough hardware to trade blows with pretty much everything that’s going to come out next year. Honestly it might even be okay to match up with some […]

Come comment on this article: Lenovo Z5 Pro GT offers 12GB of RAM, 512GB of storage, and Snapdragon 855 in one monster package

Qualcomm has taken the wraps off of their next generation processor, the Snapdragon 855. It’s Qualcomm’s first 7nm chip which will bring many performance and efficiency enhancements, but there are still other new things to talk about besides it being faster. The biggest thing here is Qualcomm’s inclusion of multi-gigabit 5G support, which is the […]

Come comment on this article: Qualcomm announces the Snapdragon 855 with blazing speeds, AI, and 5G support

Google Pixel 3 XL shows up in benchmarks, likely with a Snapdragon 845 in tow

As we get closer and closer to an official launch of the Google Pixel 3 XL, we can expect more details to surface. Like, for instance, some benchmarks. In this case we’re getting a glimpse of what kind of performance we likely expect from Google’s 2018 flagship, assuming nobody faked any information here. You know […]

Come comment on this article: Google Pixel 3 XL shows up in benchmarks, likely with a Snapdragon 845 in tow

Qualcomm’s Snapdragon 845 processor is the CPU of choice for most smartphone brands where flagships are concerned, as we’ve seen with the recent Galaxy S9, LG G7 ThinQ, OnePlus 6, and HTC U12+ launches. Mid-tier hands have been mostly using the Snapdragon 660 chip but we could soon see a bunch of mid-range flagships sporting […]

Depending on just how much stock you put in benchmark tests, a new entry on Geekbench points to the Exynos 9810 being a stronger processor for the Samsung Galaxy S9 and S9+ than the Qualcomm Snapdragon 845. If accurate, that situation would be consistent with historical differences between Samsung’s in-house chips that they use in […] 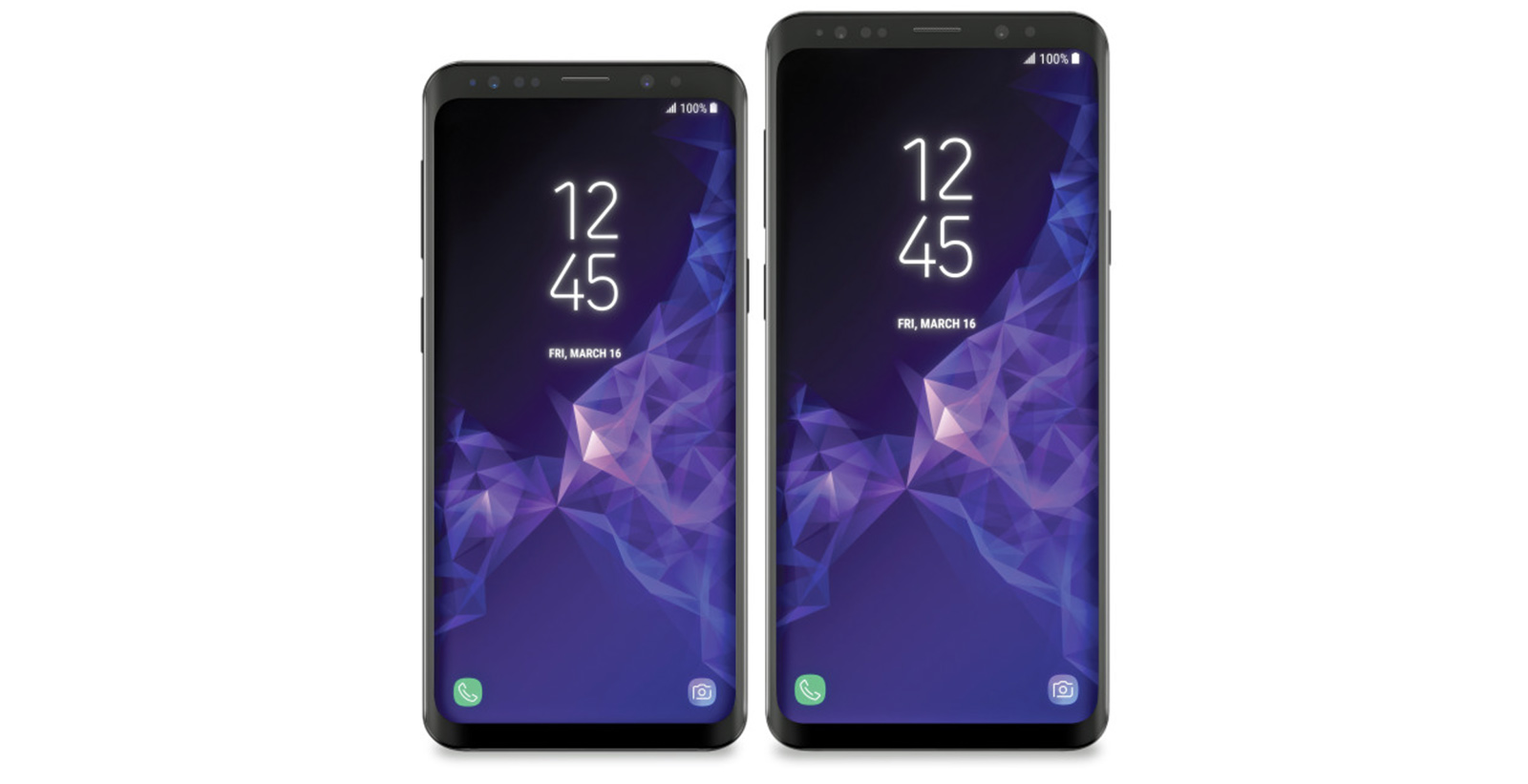 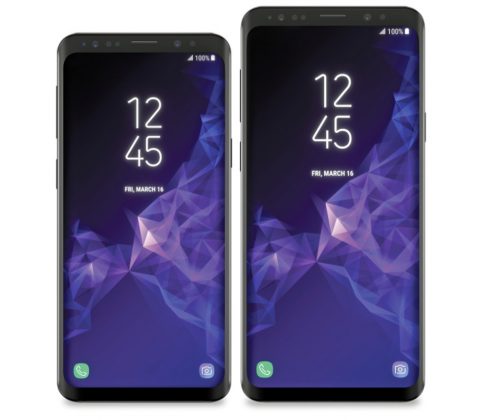 Qualcomm recently let journalists benchmark the upcoming Snapdragon 845 on its own reference smartphone, and the results look promising for the Galaxy S9 and other new devices. On the one hand, CPU improvements were merely incremental, despite a swit…
Engadget RSS Feed

New year, new leaks. This time, it’s Nokia with a pretty incredible rumored device that’ll sport both a Snapdragon 845 and a five camera lens system. Unbelievable? Maybe, but we’re intrigued either way. The leak comes from Chinese forum Baidu and claims that not only with the next Nokia Android flagship use Qualcomm’s next-gen processor, […]

Earlier this week Qualcomm officially announced the Snapdragon 845 mobile processor at their conference being held in Hawaii. They have now released more details about the new features and improvements they are including in the Snapdragon 845 and what kinds of changes consumers may enjoy when they purchase a device with the new flagship level […]

Come comment on this article: Qualcomm’s Snapdragon 845 focuses on immersion and AI enhancements

At their second annual Snapdragon Technology Summit in Hawaii today, Qualcomm officially announced the Snapdragon 845 processor for mobile devices will be coming to market in 2018. This, along with a move into the mobile PC market, comes amidst attempts by Broadcom to take over Qualcomm. Although Qualcomm announced the new Snapdragon 845 today, full […]

Come comment on this article: Qualcomm announces the Snapdragon 845 processor

At the Mobile World Congress Shanghai 2017 event currently underway, Qualcomm announced the newest generation in processors targeting the budget and lower mid-tier market. The Snapdragon 450 is the successor to the Snapdragon 435 and brings some nice improvements that will enable budget device manufacturers to step things up in those market tiers. The improvements […]

Before a device really makes its rounds through the rumor mill, we’ll typically see some benchmarks or very early reports bearing the new name or model number. In this case, we’re getting a glimpse at the Google Pixel XL 2, which we aren’t expecting very soon. With that being said, the benchmark seems mostly plausible, even by […]

Qualcomm’s introduction of the two new processors indicates the company is serious about serving the mid-range segment. The Snapdragon 660 and Snapdragon 630 were made official tonight, and the goal for them is to bring more high-end features to affordable devices. Both are part of the Snapdragon 600 series Qualcomm has positioned for mid-range phones […]

Sharp has taken the wraps off of its latest smartphone, the Aquos R, which features the new Qualcomm Snapdragon 835, 4GB of RAM, and a 5.3-inch QHD display. It also has a weird AI dock that turns to face the user upon getting a phone call.

While it’s widely believed that Samsung will delay launching the Galaxy S8 thanks to the lingering effects of the abortive Galaxy Note 7, LG has confirmed that it will announce its G6 handset on February 26th at MWC 2017 next month. There is one caveat, though, the LG G6 will use last year’s silicon, the Snapdragon 821, instead […]

Come comment on this article: LG G6 to make do with the Snapdragon 821 after Samsung gets ‘first dibs’ on Snapdragon 835

after, dibs, first, gets, Samsung, Snapdragon

The new LeEco Pro 3 has been spotted on benchmarking website AnTuTu, showing that the device will feature a Snapdragon 821 and a whopping 6GB of RAM. There’s no information yet on when the device will be available.

The post Qualcomm’s Snapdragon 821 is a 10-percent improvement over the 820 appeared first on Digital Trends.

Qualcomm has announced the Snapdragon Wear 1100, the second chip in its Snapdragon Wear lineup. This one is more power efficient, and it’s meant for more targeted devices, such as wearables for children and the elderly.

Qualcomm asks Samsung to supply all the Snapdragon 820 chips

The Snapdragon 820 processor is set to power many of the major smartphones released in 2016, and according to the latest reports, Qualcomm has exclusively tasked Samsung to build the chips.

The post Qualcomm asks Samsung to supply all the Snapdragon 820 chips appeared first on Digital Trends. 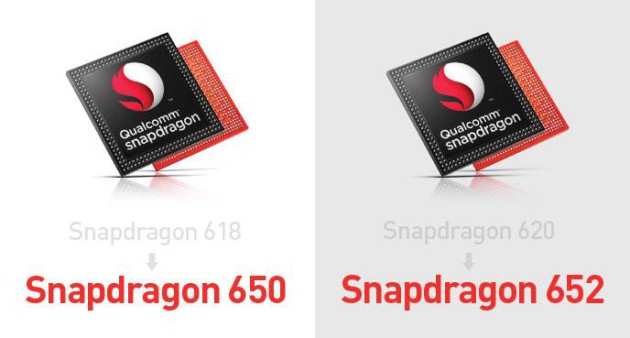 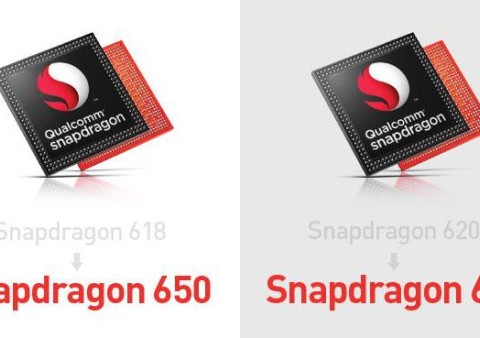 Qualcomm just recently made a statement about renaming their 618 and 620 chips to now be called 650 and 652. They said they did this because the chips were much better than the others in the same line and needed greater number names to show that.

At the time of that announcement there were no phones with the new chips inside them. However, we have reason to believe that the Alcatel OneTouch Idol 4 will be the first device to feature the new chips. GFXBench testing has revealed the device will have a 5.5-inch 1080 display, 3GB of RAM, 16GB of storage, 16MP camera, Adreno 510 GPU, and a Snapdragon 652 octa-core 1.8GHz CPU.

The benchmarks also show that the OneTouch Idol 4 will produce a 5.5 fps frame rate on the Car Chase offline test. This beats many other phones like the HTC One M9, Yu Yutopia, Sony Xperia Z3+, and others. They scored 5.1 fps or lower.

Come comment on this article: Qualcomm Snapdragon 652 will power the Alcatel OneTouch Idol 4